Behind the Bookshop: An Inside Look at Bertram Poppingstock

On the 27th May, the first episode of Bertram Poppingstock: Problem Solver, a ClickView production, was screened on ABC3, with the rest of the 5-episode series being broadcast on the national network over the following weeks. If you are new to Bertram Poppingstock, this series is part of our Secondary Curriculum Library for English, and addresses several key learning areas in grammar, vocabulary, and spelling as well as covering multiple Australian Curriculum content descriptors.

We spoke to Sandra Frerichs, Head of Commissioning at ClickView’s Melbourne production office, about the origin of the Bertram Poppingstock series and to get an inside look on what it takes to produce educational curriculum-mapped content.

Behind the Scenes of Bertram Poppingstock

What is the story behind the character of Bertram Poppingstock? 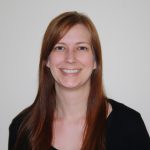 Sandra: He was a combination of ideas by the producer, Mike De Robbio and writer, Matthew Vaughan. We first gave them the content that we wanted to cover and set them the task to come up with a very unique production idea to engage students in learning important vocabulary and spelling concepts – which are notoriously difficult topics to make engaging content about.

When they started work on this, they liked the idea of drawing upon a “know-it-all, Sherlock Holmes type” character who was so passionate about solving spelling and vocabulary mysteries that he would do anything to get it right. The team had Rob Lloyd, the actor for Bertram, in mind early on for the role because they were impressed by his earlier stand-up comedy work that was centred on Doctor Who. So it was the combination of Rob’s background, his interest in Doctor Who, and the character of Sherlock Holmes that led to what we see in Bertram today.

From there the other characters started to take shape. The evil Sir Professor Teacher, Bertram’s nemesis and former English teacher, was critical in developing the storyline of how Bertram Poppingstock would engage in spelling and vocabulary challenges in an attempt to save the world. Then there’s Polly, the sidekick character, who’s there to help bounce ideas with Bertram and helps bring him back to reality. Plus Vocab-Bot had an important role to play because we clearly needed to communicate educational information and this character was the perfect opportunity to reiterate learnings in text format for students to read off the screen.

“Vocabulary and spelling are notoriously difficult topics to make engaging content about. It was very important for us to find something entertaining and educational that students would engage with.”

How did the team first react to the newly created character?

Vocabulary and spelling are challenging and quite dry topics to teach, so the story of Bertram was an instant hit with us because it was a novel way to approach these learning areas. We also thought it was perfect for the curriculum elements that we needed to cover for the focal age group of early secondary students. It was very important for us to find something entertaining and educational that students would engage with.

It was a first for us to employ such an episodic style. In Bertram Poppingstock, we have a storyline and recurring plot-based characters that continue from one episode to the next – and yet the whole series is still strongly focused on the educational content and messaging. It wasn’t until the series was finally finished that we sat back and went, ‘wow, this is very different and could be a strong stand out performance’.

“We include consultants who are involved in developing the curriculum, or who are highly active in their subject associations, or have authored educational resources.”

Were there any challenges in producing such a series?

We certainly met some interesting challenges in production. The first challenge was finding an old-style, unique bookshop to be Bertram’s workplace and then due to its busy Melbourne location, we had to work around their operating hours. There was also a great number of scenes that involved green screens, such as Sir Professor Teacher’s lair, and the sound mix for the entire series was very time-intensive. Overall these challenges meant that it was a very heavy post-production process for this series, and was more intensive across all stages. However we have a very dedicated team who were determined to ensure the final result had high-production value.

How did you ensure that Bertram Poppingstock addressed the Australian Curriculum?

During our script drafting process, we started with concepts that were drafted by the producer and writer and then we presented these to a consultant, Ally Chumley, who was a highly-regarded English teacher and author. We always engage an educational consultant who is typically a current teacher in the subject area for the age level we are covering. We even include consultants who are involved in developing the curriculum, or who are highly active in their subject associations, or have authored educational resources. The consultant for the Bertram series reviewed our ideas and gave important advice on improving the script. There are always a few rounds where the work is passed between the writer, producer and consultant to perfect the script and double-check it against the Australian Curriculum. While it’s great that Bertram Poppingstock is an entertaining series, it’s most important that we provide relevant, educational content.

“Series Two will focus on the media. The intent is to create opportunities for students to be critical thinkers about media consumption.”

Why do you think Bertram appeals to so many teachers and students?

The humour plays an important role in the series. He’s a fun character to watch because he is such a know-it-all who is always bursting with information as he strives to make the world a better place with correct grammar and vocabulary. It’s this quirkiness that makes him very entertaining.

The supporting characters also make up a great part of the Bertram Poppingstock series, such as his former teacher and now nemesis, Sir Professor Teacher, who I think is someone that quickly resonates with teachers and students watching this.

Bertram Poppingstock Series Two has just been released on ClickView Online. What can viewers expect?

Instead of spelling and vocabulary, Series Two will focus on the media. Bertram’s latest arch-enemy is an evil media mogul trying to brainwash the masses – and Bertram is out to stop her! The new series will look at media-related topics such as what we see in media texts, how they are structured, how they are visually laid out, but then also how biases make appearances in the media, and how publications have different perspectives from one another.

The intent of Series Two is to create opportunities for students to be critical thinkers about media consumption. The target age group is similar to Series One, and will cover the junior to middle years of secondary school.

While Series One focused heavily on Bertram’s bookshop and was shot in several locations all over Melbourne, Series Two sees Bertram move out of his beloved bookshop to a beach-side mobile library. There are also a few familiar faces from the past series, as well as some new characters in Series Two. But I won’t reveal too much – you’ll have to see for yourself 🙂

Sandra is based in ClickView’s Production Unit in Melbourne and is the Commissioning Editor and an Executive Producer for the content produced exclusively for the ClickView Curriculum Library. She has a Master’s degree in Education and a decade of experience as a secondary English teacher and university lecturer. Sandra moved from Canada to Australia seven years ago and still can’t understand why people complain about the Melbourne weather. Outside of work she loves to travel near and far, and eat delicious food – as long as someone else is cooking it!

Since expanding from a tech company to content producer, ClickView’s production studio is strongly focused on producing high-level educational video content mapped to the Australian Curriculum. The Bertram Poppingstock series is just one of many engaging content productions that the team has created and its screening on ABC3 is great recognition of their work.

Keep an eye out for Bertram Poppingstock’s next adventures in Series Two, which will also be screened on ABC3 and made available on ClickView Online.