Teach about ANZAC Day with these Videos on ClickView

On the 25th of April the stirring sound of the Last Post will sound out across Australia and New Zealand as we remember the men and women who have served their country in conflicts since 1901. ANZAC day is a time for sombre commemoration of the sacrifices of both servicemen and women and anybody touched by the experience of war. It is also a day for reflection and consideration about what war means for a nation and a society, the myths and legends we create and whether these are the proper way to commemorate the experience of war.

Below are seven outstanding videos available on the ClickView Exchange that illustrate the experience of war, explore what is meant by the ANZAC Legend, and tell the diverse stories of men and women who have experienced war both on the battlefield and off. The videos will be excellent resources to incorporate into lessons leading up to ANZAC Day and are sure to spark meaningful discussion, and serious reflection about this important day. The War That Changed Us: Episode 1 – Answering the Call

Answering the Call is the the first episode of this compelling dramatized documentary series, The War That Changed Us, which follows the real stories of six characters ranging from General Harold Pompey Elliot to Peace campaigner Kit McNaughton as they navigate the turbulent, fervent events following the declaration of war, including the Gallipoli campaign. Drawing on vast historical research the programme provides a wide range of perspectives that will be excellent for students looking at how and why attitudes and experiences differed at the advent of this catastrophic war. Watch it here.

Contributed to the ClickView Exchange by Sharon S, Redlands

Anzac to Afghanistan is a fascinating comparative study of two conflicts: the first the Gallipoli campaign a conflict that has become indelible on the Australian psyche, the second: the War in Afghanistan, exists in our living memory but does not hold the status of legend like Gallipoli. Four Corners correspondent Chris Masters sets out to examine this dissonance, that is, why one war holds such resonance but a far more recent one does not. In the process Masters brings together the first hand stories of soldiers from both conflicts in turn uncovering thought-provoking similarities and differences in the attitudes, perspectives and experiences of soldiers in two theatres of combat almost a century a part. Watch it here. 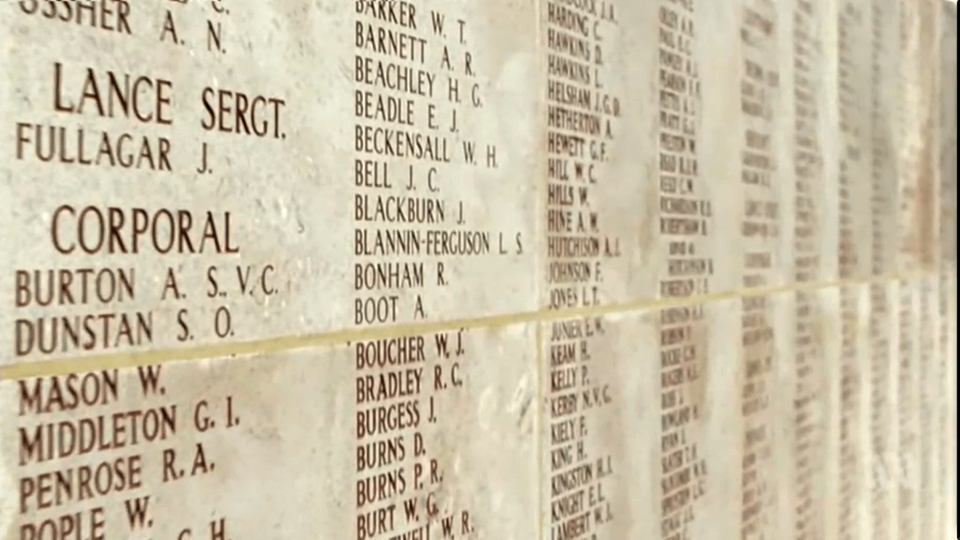 Why ANZAC with Sam Neill

In this stirring documentary, actor Sam Neill explores the ANZAC legend. Drawing on stories from his family, including his grandfather, who died along with 10,000 ANZACs in northern Belgium. By weaving his own experiences into this examination of ANZAC, Neill illustrates the stories and experiences of hundreds of thousands of others who were impacted by the conflict. Neill also explores the myths that stemmed from the conflict and seeks to disentangle the issue of whether we can honour those who serve as soldiers while disavowing militaristic nationalism. This is an excellent resource that could trigger a whole variety of meaningful conversations from exploring personal histories through the lens of World War 1 to engaging with how we mark and commemorate the ANZAC legend. Watch it here.

Behind The News: ANZAC Day Special

This special ANZAC day edition of Behind the News covers several relevant topics that will be useful for primary through to secondary students. The BTN team cover the story of Gallipoli, the background and significance of the iconic Last Post bugle call, the experience of living in the squalor and danger of the trenches, the perspectives of Turkish soldiers, and more. This resource will serve as an excellent overview of a whole range of important topics associated with ANZAC Day specifically and World War 1 more broadly. Watch it here.

Contributed to the ClickView Exchange by Andrew M, ClickView

Peter Weir’s Gallipoli remains the landmark movie about Australia’s experience with World War 1. The film follows the story of two sprinters, Archie Hamilton and Frank Dunne, as they move from the peaceful isolation of rural Western Australia to the violent tragedy of the battlefront in Gallipoli. The film’s had an impact not only on Australian cinema but also on Australian culture. The film illustrates important themes like mateship, the naivety that lead so many young Australians to their deaths in far flung battlefields, and the catastrophic decision making that saw thousands of ANZACs sent to their deaths to provide a diversion for English troops. The film will spark discussions about war, how we celebrate and what, if anything, makes it a heroic experience. Watch it here.

Lest We Forget What?

This important documentary provides a thought-provoking meditation on the question of what we really remember when we remember World War 1. Presented by journalist Kate Aubusson who, at 27, is part of a generation that saw the resurgence of ANZAC legend in the 1990s the programme tackles a range of questions around what, how and why we commemorate ANZAC day. In doing so, Aubusson provides a critical reflection not just on what we remember when we remember, but also what we may forget. Watch it here.

To help support past and present servicemen and women visit The ANZAC Appeal by following this link.