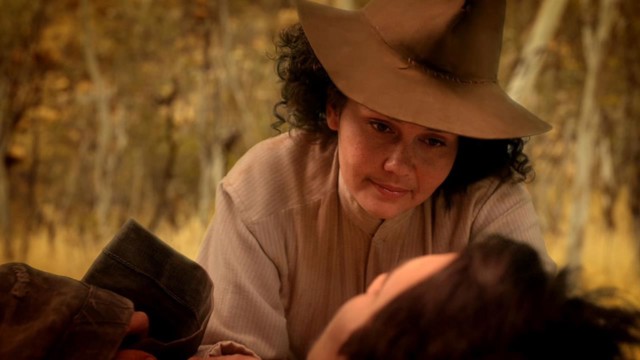 'The Drover's Boy' is a 'hybrid' blend of music, documentary and drama. The story is set in the 1920s in outback Australia, and evokes a time when it was illegal for white Australians and Aboriginal people to marry. It was not uncommon for a drover and his Aboriginal wife to pass off their relationship under the guise of her being 'a drover's boy'. In subterfuge, she had to bind her breasts, cut her hair and change her name to disguise herself as an Aboriginal boy. This is one such story, sensitively told, based on a ballad by Australian bush legend and singer-songwriter, Ted Egan. The song, and the film, pay tribute to this form of forbidden union and the significant contribution that Aboriginal women made to the pastoral history of frontier Australia.