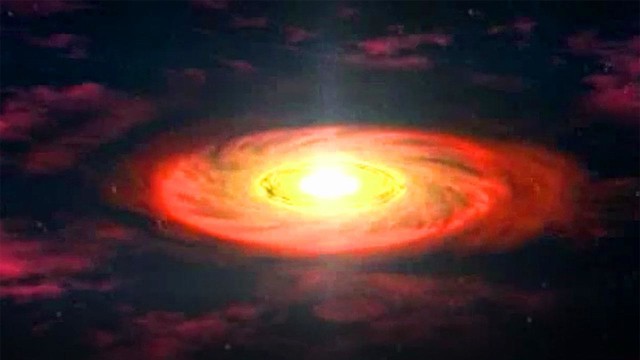 Visible light, which can be seen with our eyes, comprises a small sliver of the electromagnetic spectrum. The rest of the spectrum, from short wavelength gamma rays to long-wavelength radio waves, requires special instruments to detect. ALMA uses an array of radio telescopes to detect and study radio waves from space. Radio telescopes are typically large parabolic dish antennas used singly or in an array. Radio observatories are preferentially located far from major centres of population to avoid electromagnetic interference (EMI) from radio, TV, radar, and other EMI emitting devices. This is similar to the locating of optical telescopes to avoid light pollution, with the difference being that radio observatories are often placed in valleys to further shield them from EMI as opposed to clear air mountain tops for optical observatories. ALMA is an advanced tool for studying very old stars and galaxies. These objects now are seen at great cosmic distances, with most of their light stretched out to millimetre and sub-millimetre wavelengths by the expansion of the universe. ALMA provides the unprecedented ability to study the processes of star and planet formation. Unimpeded by the dust that obscures visible-light observations, ALMA will be able to reveal the details of young, still-forming stars, and is expected to show young planets still in the process of developing. In addition, ALMA will allow scientists to learn in detail about the complex chemistry of the giant clouds of gas and dust that spawn stars and planetary systems.