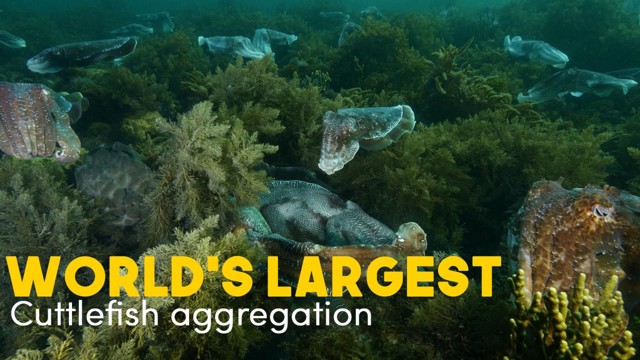 Every year SARDI aquatic sciences send a team of scientists to Pt. Lowly SA, to assess the population of the Giant Australian Cuttlefish aggregation. Divers swim 50m transects counting the cuttlefish to calculate how many animals per square meter there are. On a single transect they can count hundreds of cuttlefish. In the late 90s the population estimate was around 180,000 and appeared stable. In 2005 the population decreased a little, but from about 2009 onwards the scientists started to see a concerning reduction in the population, dropping to just 13,000 animals in 2013 - less than 10% of earlier estimates. Many questions were raised about what was causing that decline. Was it pollution, disease, aquaculture, fishing? Because the area is highly utilised by many different people and organisations, there was a lot of speculation. Scientists tried to assess each potential driver, but did not find a clear link or relationship to any one driver in isolation.