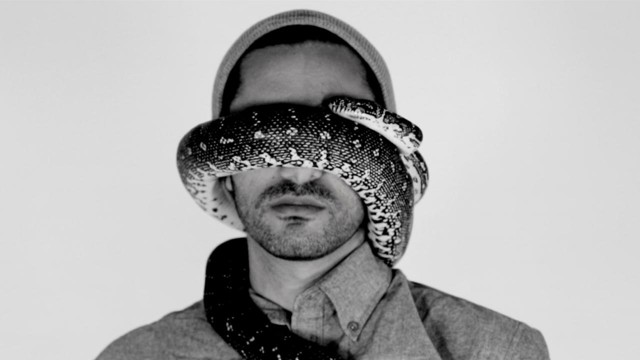 'Antidote', written and performed by Luka Lesson. In Ancient Greece healers used to keep snakes they’d let them live beneath the beds of the sick because they believed that snakes represented change, renewal and healing Now in Greek the word for poison is ‘φαρμάκι’ but the word for medicine is ‘φάρμακο’ like pharmacy because inside the poison is where we find the antidote And they say - "Live by the sword, die by the sword" but the word "sword" has the word "word" in it because our words can be the antidote So much so that we can retell history I retell my past in any way I choose to I even called my last terrible break up 'the best thing that ever happened to me' Sometimes I rewrite proverbs just to prove the point Like, it’s not - "The bigger they are the harder they fall" It’s actually - The smaller they are, the harder they brawl And it’s not - "Behind every great man is an even greater woman" It’s actually - In front of every great woman stands a mediocre man who just gets all the credit And - You can lead a horse to water... but they’re very hard to drown And - You should keep your friends close, and your enemies... as far away as possible Unless you want their poison to teach you how to cure yourself You see this poem is for the snakes because every time they bite they leave a drop of the antidote inside me I extract the medicine hang it around my neck in a vial the shape of survival carved out of the time I broke that red neck kid’s nose in Musgrave Park when I was 15 I broke my pinky knuckle when I did it though I guess that was his antidote to my poison See this life is a snake eating its own tail in a cycle constantly shedding its skin dying and reinventing killing and giving life and unlocking its jaw every now and then to eat something bigger than itself We all need to learn how to eat concepts bigger than ourselves sometimes My friend went into chemotherapy this week her son shaved her head I took her beanie shopping we bought two one was green and the other survival afterwards we had dinner and she asked me all about my problems I spoke so much about myself the cancer almost disappeared Jack she calls it, is a blind date with a parasite who couldn’t finish his own meal it’s not her time the poison the doctors give her will kill her just enough to keep her alive and she’ll live long enough to make it look like it was medicine the whole time And the whole time she’ll keep telling herself I am surviving I will survive this I am surviving I will survive this Because she knows that while they say "Live by the sword, die by the sword" It also means - "Live by the word, die by the word" Which also means - Live by the sword, die by the sword Because your tongue is the Excalibur stuck in the rock of your mouth most of us spend our whole lives trying to pull it out learn how to use it properly try not to swallow it by mistake but still carve a name for ourselves inside of ourselves That’s why we need to keep speaking our truths like - Give a man a fish and he’ll eat for a day, teach a man to fish... and he’ll build a billion-dollar industry that’ll cause thousands of aquatic species to become extinct or To have and to hold in sickness and in health until divorce do us part or even my headstone when it reads: Resting In Peace but Resurrected In Poetry.